A coalition of about 20 environmental, Indigenous and fisheries groups in Atlantic Canada and Quebec are worried the federal government may hand over responsibility for environmental impact assessments on offshore oil and gas projects to energy regulators.

The concern stems from a June 2017 discussion paper put out by the Government of Canada. In the document, the government says it’s considering changing how it conducts impact assessments to allow regulators such as offshore petroleum boards to be responsible for them.

Ottawa is considering streamlining the process to have it handled by one agency instead of three separate authorities.

“We think they have a conflict of interest. They’re out there to promote industry and promote the resource,” Gretchen Fitzgerald, the national program director of the Sierra Club Canada Foundation, told the CBC’s Information Morning.

“They don’t have the inclination nor the capacity to be looking at complicated matters having to do with endangered species, ecosystem protection and other industries.” 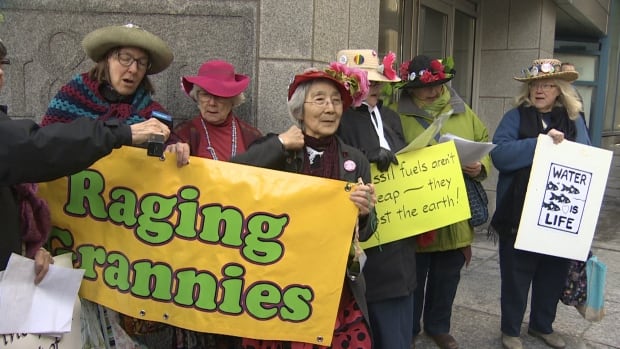 The Raging Grannies, an activist group that uses humour and music to advocate for peace and the environment, was part of Wednesday’s protest march. (CBC)

On Wednesday, the Offshore Alliance held a press conference in Halifax and then a protest march to hand-deliver a letter to a government office so it could be given to Prime Minister Justin Trudeau.

“Canadians must be able to trust that government will engage in appropriate regulatory oversight, including credible environmental assessments, and that it will respect the rights of those most affected, such as Indigenous communities,” says a posting on the Liberal Party’s website. “While governments grant permits for resource development, only communities can grant permission.”